AS A proud African traditionalist who has just built his own Great Place at Nkandla, President Jacob Zuma should be deeply concerned that the traditional leader of one of South Africa’s biggest tribes has become critical of him.

Most black traditional leaders in South Africa are meekly deferential to the government, as indeed they were to the old apartheid regime, which they served as paid administrators of the Bantustan system.

Since liberation, they have dutifully herded their subjects to the polls to vote for the African National Congress (ANC), in return for which the government has rewarded them by keeping traditional powers in their hands. For one of them to step out of line now must come as a shock to Zuma and the ANC. 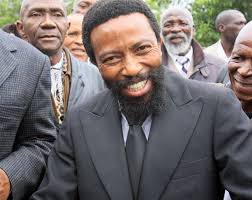 Of course, the individual concerned, Paramount Chief Buyelekhaya Dalindyebo of the Tembu, has some clouds of his own hanging over his head.

He is well known to be a heavy dagga smoker, although that is more a tradition than a crime in our country. More seriously, he has a conviction of culpable homicide involving the death of a villager in his area awaiting the hearing of an appeal.

But that aside, Dalindyebo’s sudden emergence as an outspoken critic of Zuma’s leadership and the ANC in general poses a significant threat to the ruling alliance.

He is an influential figure as the king of the largest tribe among the Xhosa-speaking people of the Eastern Cape, which is the traditional heartland of the ANC, but where its support is now on the decline after years of maladministration and deepening poverty.

Depending on how Dalindyebo plays his cards — he has said he may vote and perhaps even campaign for the Democratic Alliance (DA) in next year’s elections — he could conceivably turn the Eastern Cape into a marginal province.

At the very least, his support would surely be enough to enable the opposition to win the province’s main metropolitan centre, the emblematically named Nelson Mandela Bay Council, which encompasses the city of Port Elizabeth, the nearby towns of Uitenhage and Despatch, as well as surrounding rural areas in the next local government elections in 2016. In 2011, the DA came within a hair’s-breadth of winning the council, gaining 49% of the votes to the ANC’s 51%.